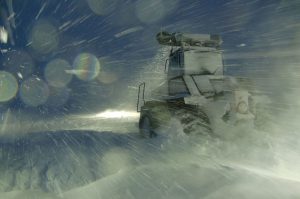 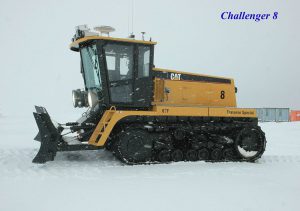 The leading vehicle, whose task it is to locate and follow the route, is equipped with various electronic systems. These include: 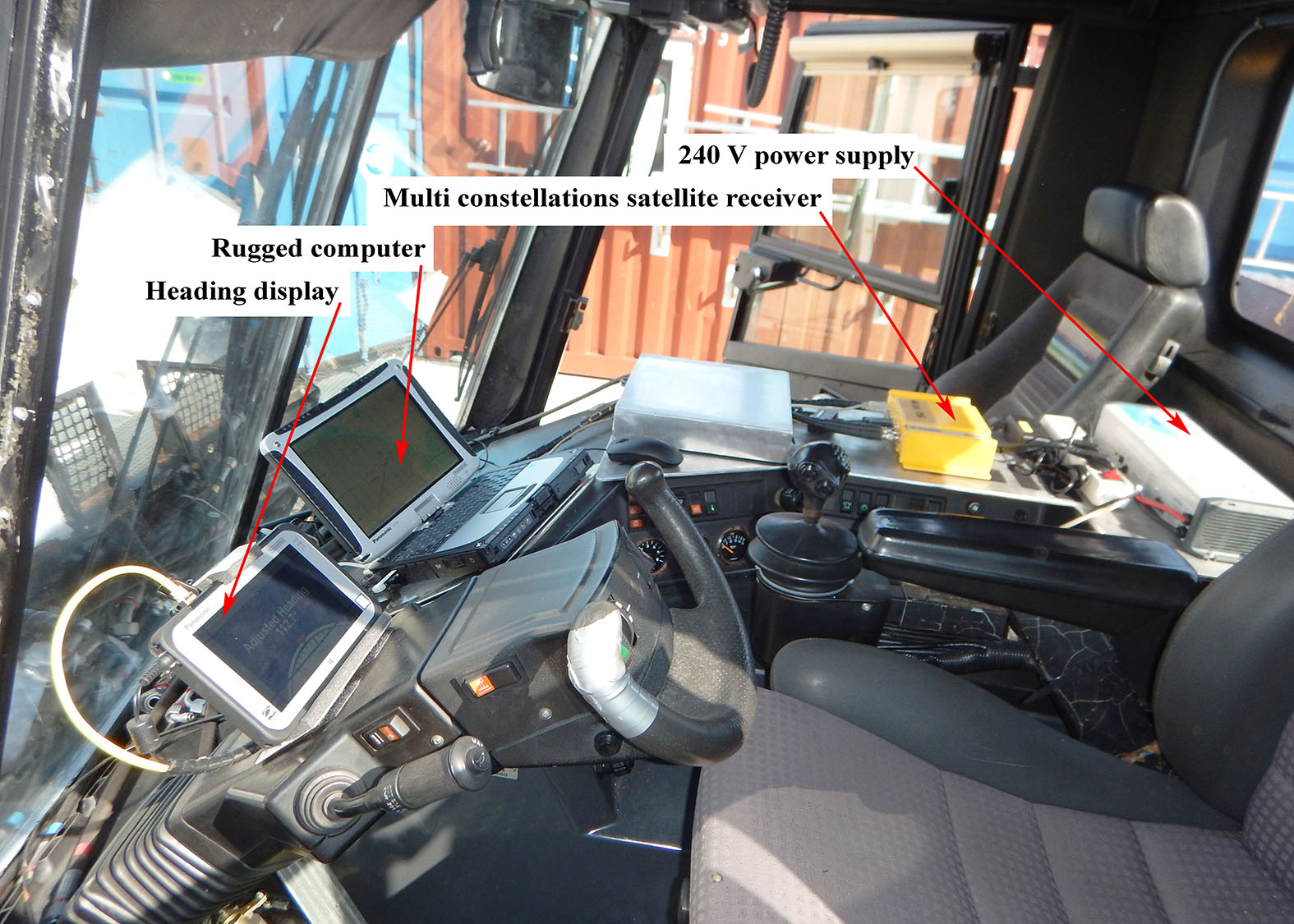 Projectors : the navigation vehicle is usually equipped with headlights with a total power of between 6 and 12 kw – depending on the machine – powered by a 400 V generator connected to the tractor’s power take off. These projectors provide greater illumination than the sun and allow the track to be discerned under white out conditions. 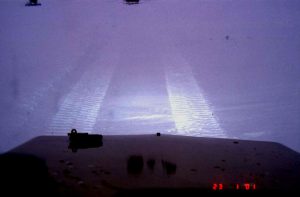 Physical markers : attempts were made on the first few traverses to implant a series of physical markers in order to relocate the compacted track. The method now used is based on creation of an embankment or burm down-wind of the track. The burm is created by adjustment of the blade on the grader machine. It is slightly visible from one year to the next and is sufficient to relocate the hardened ground from previous traverses.

Standard GPS : For safety reasons, all convoy vehicles (including the navigation vehicles) are equipped with standard GPS allowing each vehicle to chart a minimum route and check their position with respect to each other. Should they become isolated due to a bad weather incident they can also send their position to the rescue vehicle – there is sometimes 5km between the first and last vehicle in the convoy. The rescue vehicle is also equipped with Radar, which greatly assists searching for lost equipment.