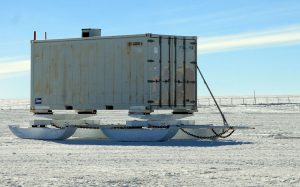 
The sled is the traditional tool used to carry loads on snow or ice – it was invented in prehistoric times and preceded the wheel. The first designers instinctively conceived a simple low ground pressure device taking advantage of the low friction of snow on snow fields. 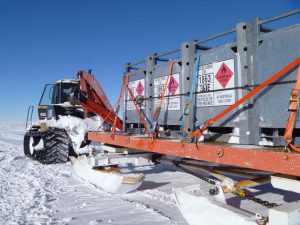 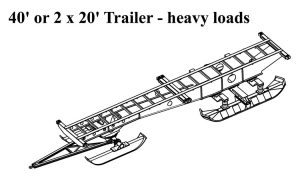 All traverses on ice caps have used sleds. Whilst every expedition has had its own light sled design, there have been few heavy sled designs. We have used Otaco and Aalener articulated models but these have been either too heavy or too fragile. We now use models of our own design, as follows: 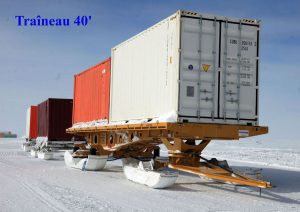 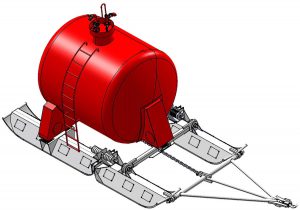 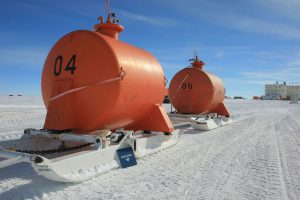 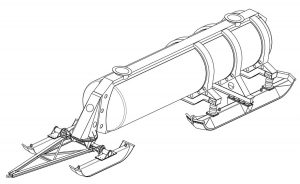 
All sleds have in common a good net weight / gross weight ratio and almost no mechanical articulation whilst underway. This technological choice greatly reduces maintenance problems. 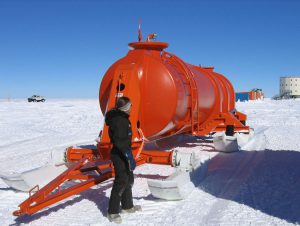 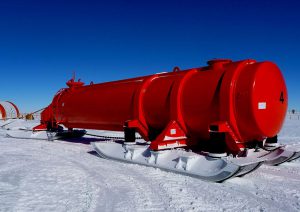 A new model has recently been tested. This consists of a platform, the area of a container, placed on a pneumatic mattress of 0.5m thickness. The pneumatic mattress is an intermediary between the load and the track surface. It rests on a large polyethylene sheet which is the sled’s ski. The mattress absorbs all the ground’s distortions as do sled skis but does not deform the track, and based on trials conducted and requires less effort in the forward direction compared to conventional sleds. 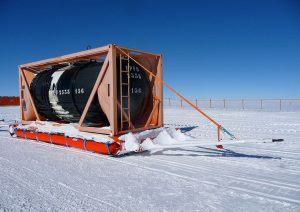 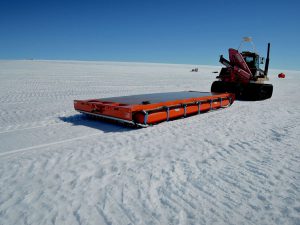